"Peter and I stayed away from the Santa Fe and Taos groups. There was so much talk, so many exchanges of ideas. You shouldn’t let yourself leak out. Art should be private, like lovemaking. It’s a very severe process, taking a long time, to learn to be an artist.” - Henriette Wyeth 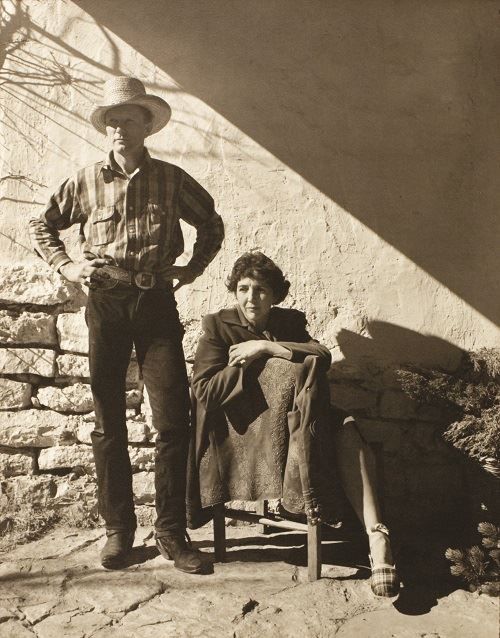 Peter Hurd (1904-1984) was raised in Roswell where his father worked a small ranch southwest of town. Much of his youth was spent astride a horse, and he was known for his equestrian abilities. Roaming the countryside as a youth on horseback earned Hurd an intimate understanding of the hills, prairies, and arroyos that configured the surrounding landscape. These experiences helped shape his artistic sensibilities and cemented his personal bond with the landscape and people of New Mexico.

Although his father hoped he would pursue a military career, Hurd ultimately chose to follow his artistic ambitions. In the 1920s, he studied personally with noted American illustrator Newell Convers Wyeth (1882-1945) in Chadds Ford, Pennsylvania. During the summers at Wyeth’s home, Hurd met his future wife, Henriette, the eldest of the Wyeth children. They were married in 1929, and moved permanently to their Sentinel Ranch in San Patricio, New Mexico a few years later.